Home›Featured›Prepaid Cards: What are the Different Types?
Featured

Prepaid Cards: What are the Different Types? 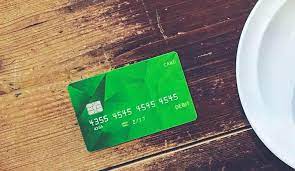 Many decades ago, there were no plastic cards like debit, credit, and prepaid cards. Everything was typically paid for in cash. Fast forward to today and it has become the norm to use credit, debit, and prepaid cards for almost every financial transaction. People can now rent cars, pay for accommodations, and purchase items using their plastic cards.

This kind of prepaid card is usually associated with well-established financial networks. The value will be accessed by the cardholders through a unique card number that is embedded in the card’s magnetic strip. The monetary value of closed-system cards are also issued in the name of the cardholder.

This type of prepaid card is considered non-refundable and closed-system. Most closed-system cards are also considered stored-value cards. That said the card’s monetary value is stored through a small microchip that is embedded in the card itself. In addition, no external record of the card’s value is available on payment networks.

While several plastic cards are available in the market today, prepaid cards stand out from the rest because of the peerless convenience and ease they offer. During the era of the Wild West, pioneers typically purchased goods at the country store and paid for their purchases as soon as they had the money.

Years later however, some stores offered credit limits. Around the same time, the 90-day credit accounts were also introduced. With this new set up, people can get the item they want, charge their purchase, and pay for the item over a 3-month period (without paying for any interest).

Through the years, this type of set up eventually led to the introduction of credit cards. Basically, credit cards works like borrowed money or temporary cash. With credit cards, users can use their cards to purchase goods and services and pay for them at a later time. If payment is not made on the promised date both the issuer and cardholder agreed on, interest charges will be added.

A Federal Reserve Payments conducted a study in 2010 indicated that a total of 6 billion transactions were done using prepaid cards. The total amount was reported at $140 billion. It is also noticed that prepaid card usage has increased to 20 percent.

The value of transactions also increased by as much as 22.9 percent. This data was only from years 2006 to 2009. Undoubtedly, prepaid cards have become quite popular over the years and have not shown any signs of slowing down.

How Much Does General Contractor Insurance Cost?